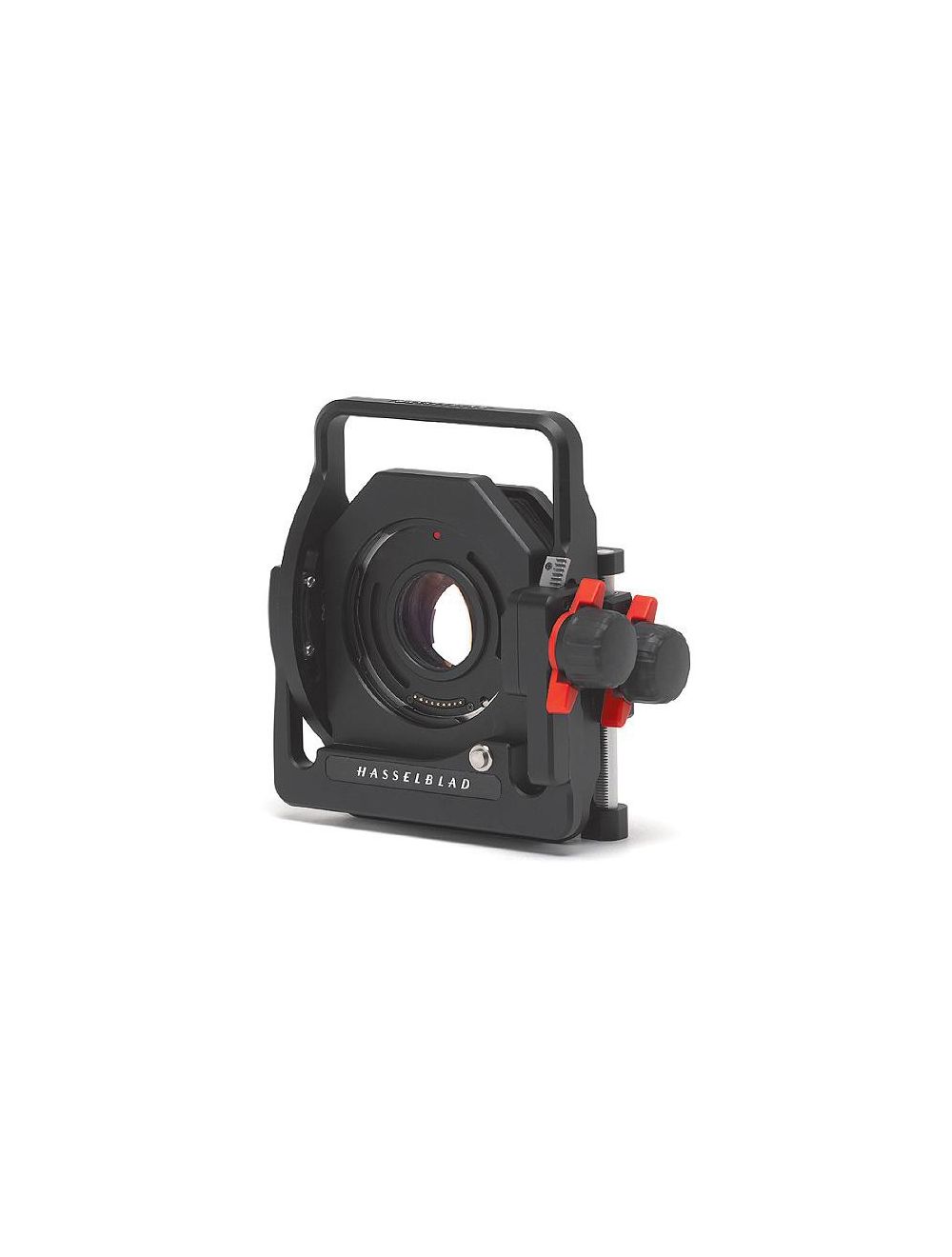 The Hasselblad HTS 1.5 Tilt and Shift Adapter allows digital H-series Hasselblad SLR cameras to enjoy much of the benefits of a view camera, but in a decidedly more compact and easy-to-use package.  The HTS 1.5 is compatible with Hasselblad's 28mm HCD as well as the HC 35, 50, 80, & 100mm lenses, and extends the focal length of the lens by a factor of 1.5x.  Thus, in a sense, the HTS 1.5 is a teleconverter with an incorporated tilt/shift mechanism.

The introduction of tilt and shift allows new avenues of creative expression for advanced photographers; if you've never been exposed to it, you'll be infused with new energy for your instrument after trying it just a few times.  With a regular camera, the physical relationship between the lens and the camera is always the same; the center of the lens and the center of the camera format are always upon the same axis, and the plane of the image receiving device is always perpendicular to the lens' optical axis.  This simply is not always preferable for photography.

When tilting the lens, you move the optical axis relative to the image receiving area.  By doing so, you also move the plane of focus in the image field; instead of always being a plane parallel to the image receiving area, you can have a triangular area of sharpness extending directly towards the camera, away from the camera, or anything in between.  Thus, you can capture a seemingly-infinite sharpness area at any aperture, or alternatively you can have a shallow slice of sharpness surrounded by an exaggerated pronouncement of blurring around the point of focus.

When shifting the lens, you move the center of the lens away from the center of the format.  Primarily, this allows you to capture architectural images of buildings free from having converging vertical lines.  Your images will have straight and true representation, just as it should be.  You can also take advantage of shift to have the center of an image appear different than it actually is-for example, you cannot take a picture in the middle of a busy street but with a lateral shift you can capture an image appearing as if you were in the middle of the road.  This can also allow you to make an image near a reflective surface such as a mirror without having your equipment appear in the reflections captured in the photograph.

Combining tilt and shift capacities allows the best of both worlds, and the HTS 1.5 rotates 90° to the camera body so that your shift and tilt can either be up/down or side-to-side in the image.

With the digital communications of the HTS 1.5, you'll enjoy rich sharpness in the resulting images, no matter how you take advantage of the image field.  With a conventional view camera, resolution suffers as a result of approaching the limits of the lens' image circle via tilts and shifts.  But the HTS 1.5 has "DAC" chromatic aberration correction, which means that the adapter communicates the lens used and the exact position of the tilt and shift so that the effect of diminished resolution near the edges of the image circle is practically eliminated.

PLEASE NOTE HASSELBLAD CAMERAS, LENSES AND ACCESSORIES CAN ONLY BE PAID VIA DIRECT DEPOSIT, IF YOU PAY ONLINE VIA CREDIT CARD THE TRANSACTION WILL BE REVERSED

More Information
Reviews
Write Your Own Review
Only registered users can write reviews. Please Sign in or create an account